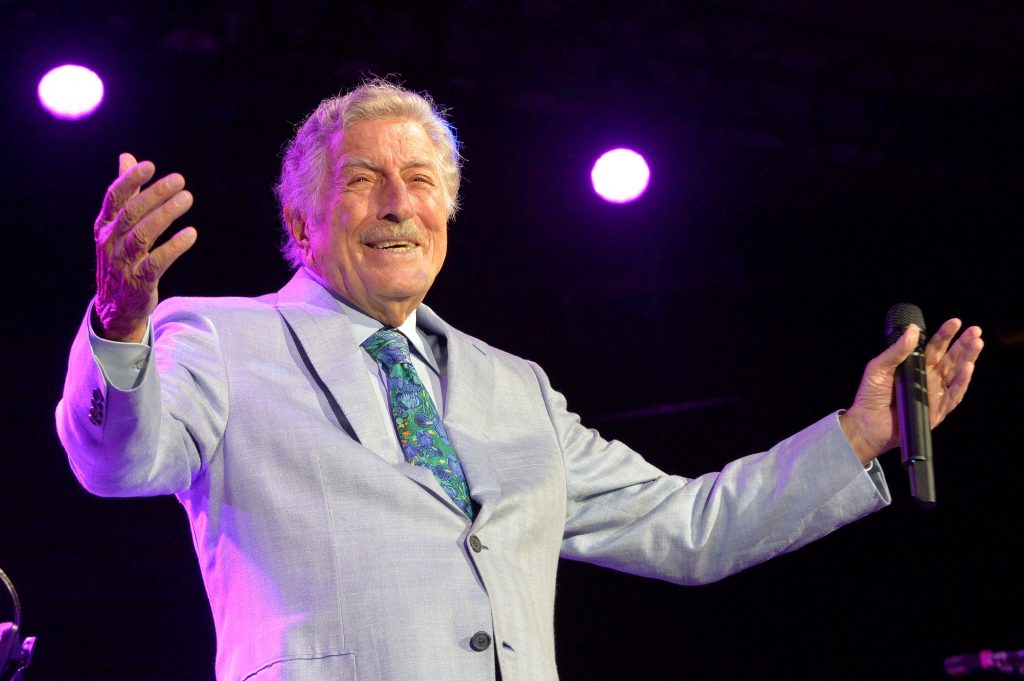 Anthony Dominick Benedetto (born August 3, 1926),[2] known professionally as Tony Bennett, is an American singer of traditional pop standards, big band, show tunes, and jazz. He is also a painter, having created works under the name Anthony Benedetto that are on permanent public display in several institutions. He is the founder of the Frank Sinatra School of the Arts in Astoria, Queens, New York.[3]

Born and raised in Astoria to an Italian-American family, Bennett began singing at an early age. He fought in the final stages of World War II as a U.S. Army infantryman in the European Theater. Afterward, he developed his singing technique, signed with Columbia Records and had his first number-one popular song with “Because of You” in 1951. Several top hits such as “Rags to Riches” followed in early 1953. He then refined his approach to encompass jazz singing. He reached an artistic peak in the late 1950s with albums such as The Beat of My Heart and Basie Swings, Bennett Sings. In 1962, Bennett recorded his signature song, “I Left My Heart in San Francisco“. His career and personal life experienced an extended downturn during the height of the rock music era.

Bennett staged a comeback in the late 1980s and 1990s, putting out gold record albums again and expanding his reach to the MTV generation while keeping his musical style intact. He remains a popular and critically praised recording artist and concert performer in the 2010s. He has won 19 Grammy Awards (including a Lifetime Achievement Award, presented in 2001) and two Emmy Awards, and was named an NEA Jazz Master and a Kennedy Center Honoree. Bennett has sold over 50 million records worldwide.